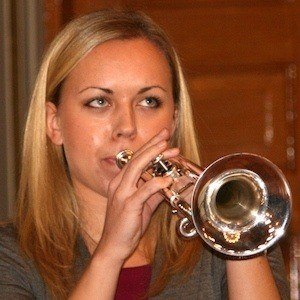 Trumpet soloist who has risen to fame for specializing in classical music. She released her fourth studio album Never Going Back in 2017, and appeared twice in 2013 at the prestigious BBC Proms orchestral concerts.

She began playing the trumpet at age 7. She subsequently graduated from the Norwegian School of Music in 2011.

She was named one of BBC Magazine's Superstars of Tomorrow in 2011. She is the leader of her own all-female brass ensemble tenThing, with whom she released the album 10 in 2012.

She was originally born and raised in Oslo, Norway.

She played at the 2007 Nobel Peace Prize Concert, which Kevin Spacey hosted.

Tine Thing Helseth Is A Member Of