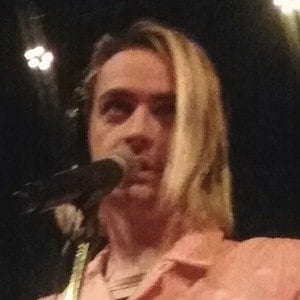 Director and musician who went viral with the hit song "Lowlife" featuring artist That Poppy. He has also worked with artists such as Knox Hamilton, BORNS, and Mars Argo, among others.

He and Mars Argo started recording short videos on YouTube under the username GROCERYBAG.TV in 2007.

He worked with artist BORNS on his hit song "10,000 Emerald Pools."

His real name is Corey Michael Mixter. He's originally from Michigan, but has also lived in Chicago and Los Angeles.

He has been endorsed by rapper Jay Z, who called him one of the most creative people alive.

Titanic Sinclair Is A Member Of