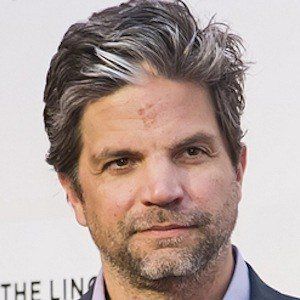 Hollywood director and husband of actress Gretchen Moi. He was known for indie films and 2010's sequel to Paranormal Activity.

He studied art at Bard College and Columbia University.

He wrote and directed the 1998 indie darling film The Adventures of Sebastian Cole.

He had two children with Gretchen Moi. His father was the prominent architect Tod Williams.

He wrote and directed the 2004 film The Door in the Floor starring Kim Basinger and Jeff Bridges.

Tod Williams Is A Member Of