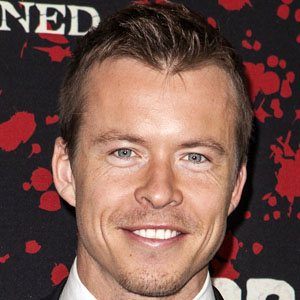 Known for his roles in such television series as Home and Away, Spartacus: War of the Damned, and Crownies, this Australian screen actor was the recipient of a 2009 Silver Logie Award.

He made his on-screen debut at the age of twenty one, appearing in a teen television series called Blue Water High.

He starred as Quick Lamb in the 2011 miniseries Cloudstreet.

He and his brother, Chad, were raised in Medowie and Newcastle, New South Wales, Australia.

He was, at one point, the roommate of his Home and Away co-star (and on-screen enemy), Lincoln Lewis.

Todd Lasance Is A Member Of