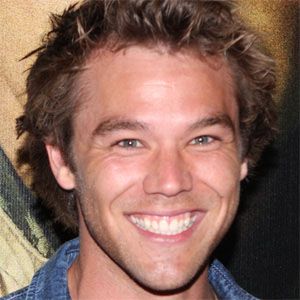 Actor from Australia who got his big break by playing Geoff soap opera "Home and Away". He won the Logie award for Most Popular New Male Talent the next year.

He turned to acting at thirteen and landed his first film acting gig with the 2005 fantasy film Aquamarine.

He was a guest model on the seventh season of "lAustralia's Top Model.

His father is the famous rugby footballer Wally Lewis.

He co-starred with Will Smith in the 2013 sci-fi flick After Earth.

Lincoln Lewis Is A Member Of