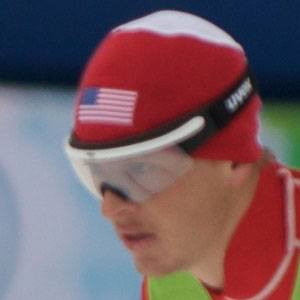 Nordic combined skier who won a silver medal in the 4x5 km team event at the 2010 Winter Olympics in Vancouver, and was a 2009 World Champion.

He began competing internationally in 1993, when he was just 16-years old.

He is considered by many to be the greatest North American nordic combined skier.

He has two children, Charley and Finn.

He was one of many Americans to win medals at the 2010 Olympics, including snowboarder Shaun White.

Todd Lodwick Is A Member Of