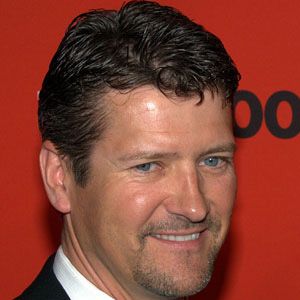 Snowmobile racer who became famous through his relationship with former Alaskan governor and vice presidential candidate Sarah Palin. He and Sarah married in 1988, then separated in 2019.

He went to college but did not receive a degree.

He has children named Track, Bristol, Willow, Piper, and Trig.

Todd Palin Is A Member Of