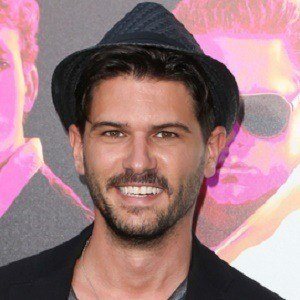 The champion of the 2005 Manhunt International modeling competition, he also hosted the 2004 edition of Best Model of the World. Also an actor, he starred in the popular Turkish television series Elveda Rumeli.

He earned a degree in business administration from Dogus University in Istanbul, Turkey.

He appeared in such television series as Dicle and Esir Kalpler.

He grew up in Istanbul, Turkey in a family of the Muslim faith.

He began a relationship with fellow Turkish model Selen Soyder in 2012.