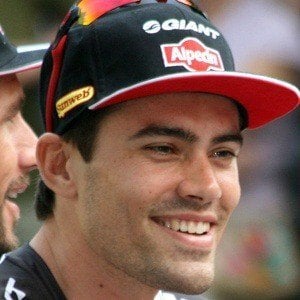 Dutch on-road bicycle rider who races for UCI WorldTeam Team Sunweb. He won the 2017 Giro d'Italia, which made him the first male Dutch biker to win a Grand Tour since the 1980 Tour de France.

He grew up in Maas Boulevard watching the Amstel Gold Race every year.

He won the opening time trial of the 2010 Grand Prix of Portugal, even though he'd never ridden a time trial bicycle before. He later won the whole race.

He was born in Maastricht, the largest province of Limburg.

He nearly lost the 2017 Giro d'Italia to Nairo Quintana.

Tom Dumoulin Is A Member Of