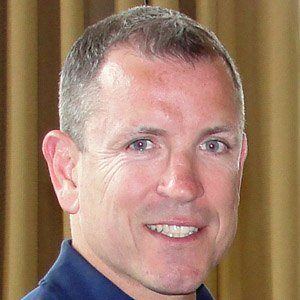 NHL coach and former player who won a Stanley Cup as an assistant coach with the Pittsburgh Penguins in 2009. As a player he spent 17 seasons in the league with teams like the Colorado Avalanche and Chicago Blackhawks.

He won a Calder Cup title as a member of the Springfield Indians in 1990.

He became the first NHL player to score two shorthanded goals during the same penalty in the postseason.

He coached Penguins centre Jordan Staal to a Stanley Cup in 2009.

Tom Fitzgerald Is A Member Of