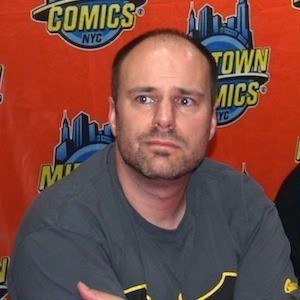 Comic book artist who received a Hugo Award for Best Graphic Story for Vision Vol. 1: Little Worse Than A Man in 2017. He has written for both Marvel and DC Comics.

He graduated from Colombia University in 2000 where he studied both philosophy and history.

He joined the CIA counterterrorism unit after September 11. He stayed there for seven years until he quit to write his novel A Once Crowded Sky.

His mother worked in the entertainment industry. He and his wife have three children.

He and comic book artist Skottie Young were both born in 1978.

Tom King Is A Member Of