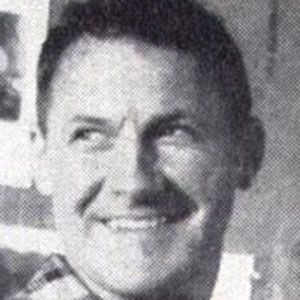 Known for his paintings and illustrations of the American West and for his cover art for pulp fiction magazines.

He and his two siblings grew up in New York City. As a child, Lovell made frequent visits to The Museum of Natural History, where he became fascinated with Native American artifacts.

He graduated from Syracuse University in 1931 and later became an illustrator for Leatherneck, the magazine of the U.S. Marine Corps, while he served in the military reserves during World War II.

He married Gloyd Simmons in 1934, and the couple had a son named David and a daughter named Deborah. In 1997, Lovell and his daughter were killed in a car accident in New Mexico.

His scrapbooks, paintings, and letters were collected in the Norman Rockwell Museum's archives.

Tom Lovell Is A Member Of