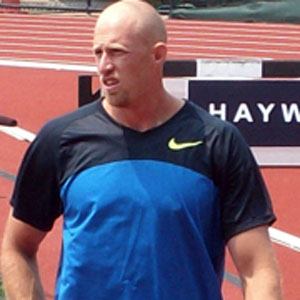 Track & field decathlete who competed at the 2000 and 2004 Olympics and won the gold medal at the 2003 World Championships.

He was a student at the University of Tennessee, where he became the 1999 NCAA champion.

He came in fifth at the 2000 Olympic decathlon, but failed to complete in the decathlon at the 2004 Olympics because of a foot injury.

His family was residing in Azalea, Oregon, when he was born.

He was awarded the Jesse Owens Award from USATF in 2003.

Tom Pappas Is A Member Of