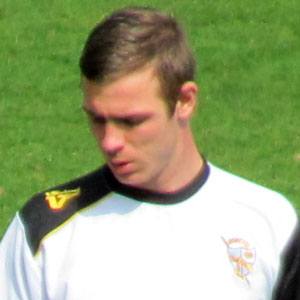 Center forward who made his senior career debut in 2004 for Biddulph Victoria; named League Two Player of the Year in 2013 after scoring 31 goals in 46 appearances for Port Vale.

He played his youth soccer for Crewe Alexandra and Hanley Town.

He only played 14 games for Biddulph Victoria, but he scored 17 goals in the short timespan.

He was born in Stoke-on-Trent, England.

He was named the 2013 Football League Two Player of the Year, two years after Ryan Lowe received the same honor.

Tom Pope Is A Member Of