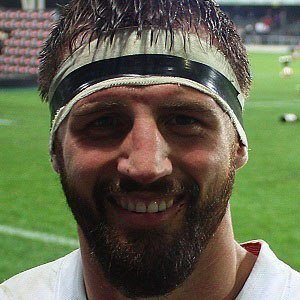 English rugby player who served as the captain of the English national rugby union team in 2013. He has also played for teams like the Worcester Warriors and Northampton Saints.

He was born in Coventry and played youth rugby for Barkers Butts RFC.

He won the Aviva Premiership Player of the Season Award in 2011 while playing for Northampton.

He was teammates with Delon Armitage on the English team at the 2011 Rugby World Cup.

Tom Wood Is A Member Of