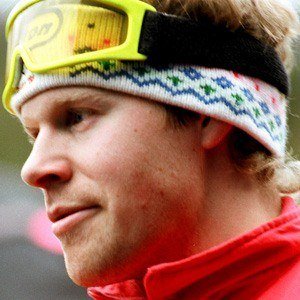 Swedish speed skater who earned three Gold medals in the Olympics, two in 1988 in Calgary and one in 1984 in Sarajevo.

He started speed skating competitively in the 1979 World Junior Championships.

He finished his career with an Adelskalender score of 157.701.

He married Elisabet Gustafson in 1987.

He and Bonnie Blair both won gold medals in speed skating at the 1988 Olympics.

Tomas Gustafson Is A Member Of