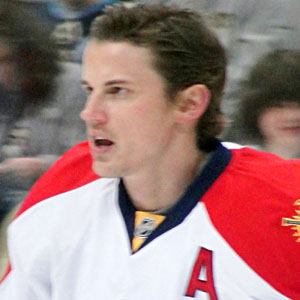 Center and right wing who made his NHL debut in 2006 for the Detroit Red Wings, whom he won a Stanley Cup Championship with in 2008; played for the Chicago Blackhawks from 2009 to 2011, then he was traded to the Florida Panthers.

He played for Slovakia in the 2010 Winter Olympics in Vancouver.

He had two sons with his wife Maria Kopecky.

In 2010 he won his second Stanley Cup Championship, this time with the Chicago Blackhawks, and his teammate Jonathan Toews won Finals MVP.

Tomas Kopecky Is A Member Of