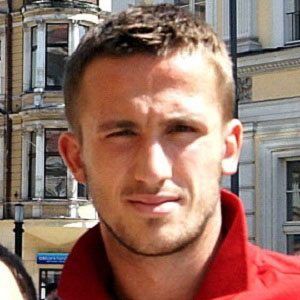 Czech soccer player best known as a defensive midfielder for Sparta Prague and Besiktas, where he has won multiple league titles. He began representing the Czech Republic at the Under-21 level in 2002.

He rose through the youth system of Ceske Budejovice before making his professional debut with the club in 2000.

He has earned the nickname "Golden Head" due to his ability to score headers on a frequent basis.

He married Michaela Sachlova in 2009 and has a son named Andre.

Tomas Sivok Is A Member Of