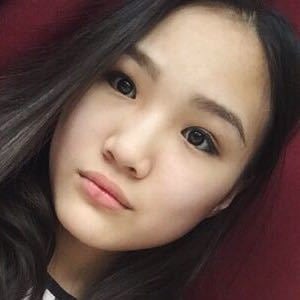 Social media sensation who operates alongside her twin sister Nargiz Kanatova under the name KagirisTwins. They became best known as TikTok creators with more than 3.9 million fans, but also have more than 750,000 followers on Instagram.

She has been doing gymnastics since she was five years old.

She and Nargiz have done challenges for their YouTube channel such as the "Touch My Body Challenge" and "Yoga Challenge."

She and Nargiz are the older sisters of Dilyara and Altair.

She and Tomiris have been influenced by fellow twin content creators Lucas and Marcus Dobre.

Tomiris Kanatova Is A Member Of