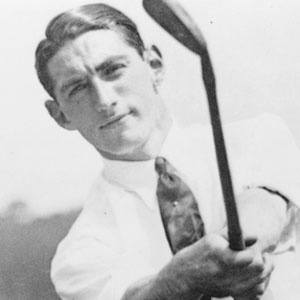 He served in the army during World War I where he lost his sight temporarily to a mustard gas attack.

He set a long-standing record for the highest recorded score on one hole, in which he shot a 23 on a par 5.

He moved to New York to pursue golf and start a life soon after he returned from WWI.

As great as a golfer as Tommy was, his career took a back seat to the accomplishments of Bobby Jones.

Tommy Armour Is A Member Of