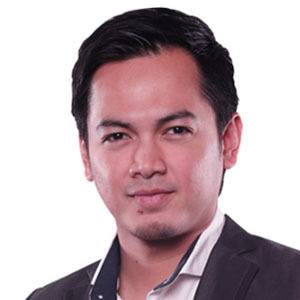 Indonesian actor who is known for his roles both in soap operas and in feature films. He is recognized for having starred in the shows Bola Bolu, When Love Must Choose, and ABG. He is also known for his roles in the films Eiffel I'm in Love and Hurry Kiss Me.

He initially started his career in entertainment as a model and went on to win the Top Model Cardinal competition in 2000. He then starred in several commercial spots for companies like Coca Cola, Eskulin, and the Supermie Super Cup.

He is also known for being the founder of EyeSoccer which offers news and updates for fans of the soccer world through his online website.

He married Fatimah Tania Nadira Alatas in 2011 and together they had two children Muhammad Al Fatih Fabrizio and Naira Syabila Azzahra Kurniawan.

He shared a photo with fellow actress Shandy Aulia and actor Samuel Rizal in Paris to his Instagram in January of 2019.

Tommy Kurniawan Is A Member Of