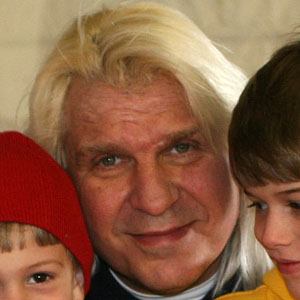 Known as Wildfire, he had dominating runs in the NWA, AWA, and WCW, especially in tag team matches.

He started his career in 1974, only performing in small, regional promotions.

In 1981, Pro Wrestling Illustrated named him the most popular wrestler of the year.

He was born and raised in Hendersonville, Tennessee.

Tommy Rich Is A Member Of