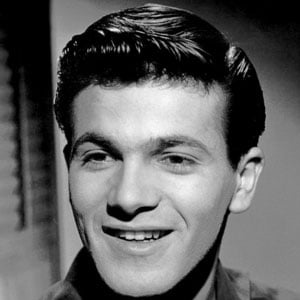 Singer and actor who was married to Nancy Sinatra for six years.

He picked up the guitar at age eight and by fifteen, he had a record deal.

He was in several films, including the World War II epic, The Longest Day.

He was born into a musical family; his mom sang and his father played piano. He had a daughter with his second wife.

He was on the ABC series Wagon Train with Ward Bond.

Tommy Sands Is A Member Of