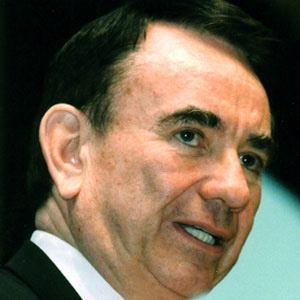 Republican politician who was the Governor of Wisconsin from 1987 to 2001, which is the longest serving governor in the state's history. He also worked as the 19th United States Secretary of Health and Human Services from 2001 to 2005.

He served in the National Guard and earned his bachelor's and law degree from University of Wisconsin-Madison.

He was born to Julie and Allan Thompson.

President Bill Clinton appointed him on the Amtrak Board of Directors.

Tommy Thompson Is A Member Of