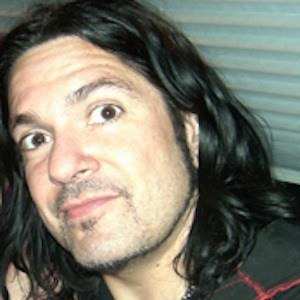 American musician who is best known for being the lead singer, guitarist, and founder of the heavy metal band Prong.

He began his career in music by working as a sound engineer for the legendary music club CBGB in New York City. He then began recording songs after forming his band Prong in 1986.

He has earned endorsements by Schecter Guitar Research and in 2013, they released his own signature model.

He was born and raised in New York City, New York.

He has collaborated and recorded with a variety of musicians including Rob Zombie, Marilyn Manson, Trent Reznor, and Glenn Danzig.

Tommy Victor Is A Member Of