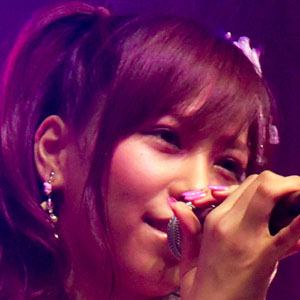 Japanese singer most famous as a former member of the girl group AKB48 and its sub-group, Queen & Elizabeth. She is also an actress known for roles like that of Elizabeth on the series Karmen Rider W.

She was born in Tokyo and made her debut with AKB48 on the single "Aitakatta" in 2006.

Her appearance on the track "Ue Kara Mariko" was decided by a rock-paper-scissors tournament.

She has a sister named Rion Kasai.

She and Sayaka Akimoto are both former members of AKB48.

Tomomi Kasai Is A Member Of