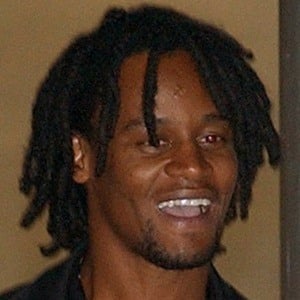 Reggae singer who has been the lead singer of the Brazilian reggae band Cidade Negra since they formed in 1986. He served as the lead actor in the 1999 film Orfeu. He has over 40,000 followers on his Instagram account.

He learned how to play guitar for his church when he was growing up.

He and his band found success with the hit "Falar a Verdade" off their album Lute pra Viver in 1991.They recorded their first acoustic record, MTV Unplugged, in 2002.

He married Regina Coelho in 1986. They have two children named  Vitória and Isadora.

He and Tiago Rezende are both Brazilian reggae artists.

Toni Garrido Is A Member Of