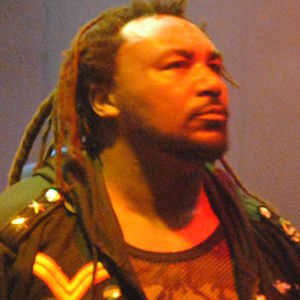 Lead vocalist of the bands Skindred and Dub War. He also makes up one half of the American rock band Mass Mental with Metallica bassist Robert Trujillo and captains his own solo career, releasing the debut reggae album titled I Haven't Been Nicking In Ages.

He first gained popularity as a member of Dub War which formed in 1993. The band released its debut album Words of Dubwarning the following year.

He was featured on the Bullet for My Valentine album Scream Aim Fire and Soulfly's debut eponymous album.

He was born Clive John Webbe in Newport, Wales. He later lived in London, England.

In 2006, he substituted for Jonathan Davis in Korn at the Download Festival after the singer had become seriously ill.

Benji Webbe Is A Member Of