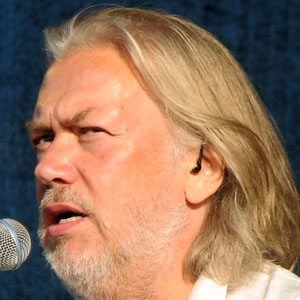 Estonian singer, songwriter, and guitarist who released fourteen albums between 1980 and 2011.

He performed with the bands Baltika, Karjed, Laine, and others before starting his solo career.

His fourth wife's name is Kart Johanson and he has four daughters named Liis-Kartin, Maarja, Liidia, and Mirt.

He inspired future generations of Estonian rockers like Tanel Padar .

Tonis Magi Is A Member Of