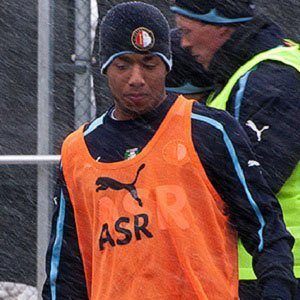 Dutch midfielder who won the 2011 and 2012 UEFA European Under-17 Football Championship with the Netherlands, leading the tournament in goals scored in 2011. He made his Eredivisie debut with Feyenoord in 2012.

He was born in Maassluis, Netherlands and joined the Feyenoord Rotterdam youth academy in 2003.

At the age of 18 years and 31 days, he became the youngest player ever to score 2 goals in the same Eredivisie match.

His parents are Janet and Toy Vilhena.

He has played with fellow Dutch midfieler Jordy Clasie at Feyenoord.

Tonny Vilhena Is A Member Of