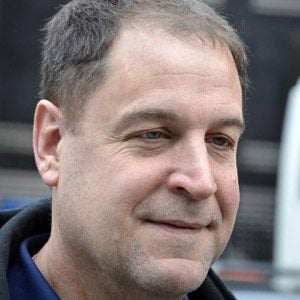 WWE broadcaster best known as the announcer for the SmackDown brand. He has lent his voice to wrestling video games like "WWE Wrestlefest" and "WWE Day of Reckoning 2."

He was a WWE ring technician before becoming an announcer in 1991.

He was taken out of the arena on a stretcher as a result of a superkick from wrestler Shawn Michaels during WrestleMania XII.

His son, Joey, is named after referee Joey Marella.

He was involved in a famous feud with wrestler Kenneth Anderson, a.k.a. Mr. Kennedy, from 2005 through 2007.

Tony Chimel Is A Member Of