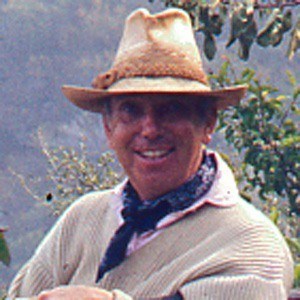 Acclaimed Hollywood designer who created numerous sets and costumes over the course of his fifty-year career. Much of his artwork was destroyed in a 1989 fire.

He graduated from the Chouinard Art Institute in Los Angeles and worked for a time as a designer at Bullock's department store.

He worked as an interior decorator in the homes of Mary Pickford, Buck Rogers, J. Paul Getty, and Elizabeth Arden.

He was raised in Los Angeles during the winter and Three Rivers, Michigan, during the other seasons. His wife Elizabeth Johnstone was an artist in her own right and a frequent contributor to Duquette's work.

He created sets and costumes for the 1945 MGM film "Ziegfeld Follies," which starred Fred Astaire and Lucille Ball.

Tony Duquette Is A Member Of