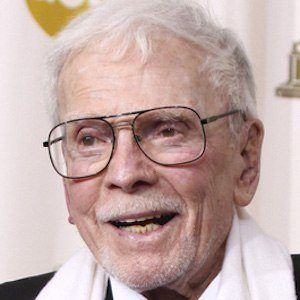 Academy Award-winning art director best known for his work with Alfred Hitchcock and Norman Jewison. He was profiled in the documentary short "The Man on Lincoln's Nose" from 2000.

He graduated from the University of Southern California and worked for a time as an architect, but lost that job when the Great Depression hit. He then began taking extras work in films.

He created a realistic replica of Mount Rushmore for Hitchcock's "North by Northwest" from 1959.

He was married to screenwriter Bess Taffel until her death in 2000.

He received an honorary Academy Award at the age of 98. Instead of accepting the award from his wheelchair, he insisted on walking onstage and was aided in this effort by actress Nicole Kidman.

Robert F. Boyle Is A Member Of