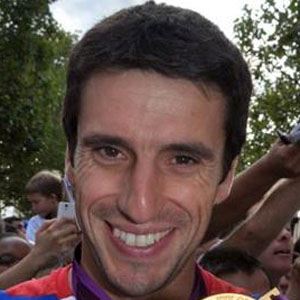 He competed in his first Olympics in 2000, winning gold in the C-1 event.

He won a total of eight gold medals between Olympic and World Championship events.

He is the son of Henri Estanguet, who was also a competitive canoeist.

Tony Estanguet Is A Member Of