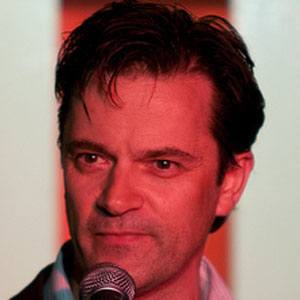 English actor and comedian known for being one half of the comedy duo Stuff Off and Die. He is also known for his role as Brian Johnson on My Parents Are Aliens.

He was a medical student who qualified as a general practitioner in 1993.

He and Stuff Off and Die cohort Phil Hammond are both former doctors who used their experiences to create cynical comedy about the medical industry.

He has a daughter named Brianna.

He co-starred with Chris Langham on BBC 4's The Thick of It.

Tony Gardner Is A Member Of