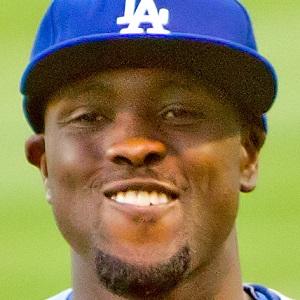 Major league outfielder who broke into the league in 2006 and has played for teams like the San Diego Padres and Los Angeles Dodgers. He is perhaps most famous for being the son of Hall of Famer and Padres legend Tony Gwynn.

He attended San Diego State University, where he was a Mountain West Conference All-Star.

During his 2012 season with the Dodgers, he was teammates with four other sons of major league players, marking the first such occurrence in MLB history.

He was teammates with Dee Gordon during his days with the Dodgers.

Tony Gwynn Jr. Is A Member Of