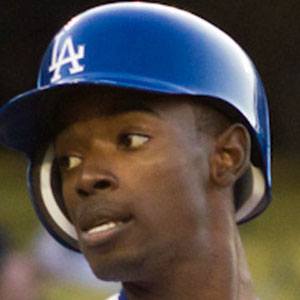 MLB short stop who began his career with the Los Angeles Dodgers in 2011. In 2014, he led the MLB in both steals and triples and he was named to the NL All-Star team. After the 2014 season, he was traded to the Miami Marlins.

He attended Southeastern University prior to being drafted.

The LA Dodgers selected him in the 4th round of the 2008 MLB Draft.

His father Tom Gordon was an MLB pitcher. His brother Nick Gordon has playeed shortstop for the Minnesota Twins. In 2020, he changed his last name from Gordon to Strange-Gordon to honor his mother DeVona Strange, who was tragically killed when he was seven years old.

He was teammates with outfielder Matt Kemp on the Dodgers from 2011 to 2014.

Dee Strange-Gordon Is A Member Of