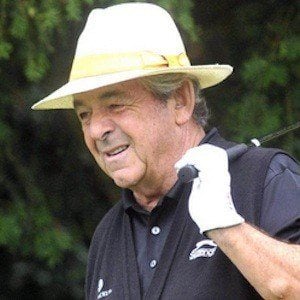 He attended Henderson Avenue Primary School, where he began to develop his golfing skills.

At the time of his retirement, he was the most successful European Ryder Cup captain ever.

He married Vivien Jacklin in 1966, but she died in 1988, and he married Astrid Waagen later that year; he raised three children with Vivien, and one with Astrid.

He is well known for a touching moment with Jack Nicklaus, when the two walked off the course together after tying the 1969 Ryder Cup.

Tony Jacklin Is A Member Of