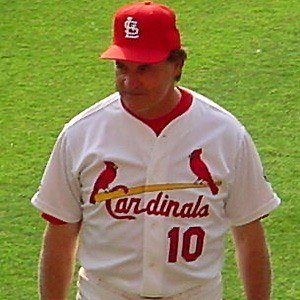 Former MLB manager who led the Oakland Athletics to a World Series Championship in 1989, then won two more World Series with the St. Louis Cardinals in 2006 and 2011.

He had great success with the Oakland Athletics, leading them to multiple World Series appearances and earning the Coach of the Year award.

He wrote a book about his coaching experiences that focused on his 2011 season with the Cardinals.

He had two daughters with his first wife Luzette.

He took over for Joe Torre at the helm of the St. Louis Cardinals.

Tony La Russa Is A Member Of