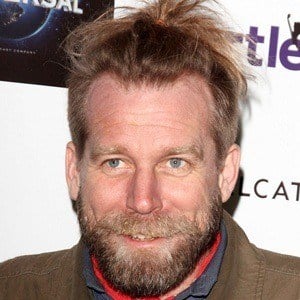 Canadian stand up comic who is known for his surrealistic material and pseudo historical attire. He is best recognized for his 2012 comedy routine Tony Law: Maximum Nonsense which was nominated for best comedy show at the Edinburgh Comedy Awards.

He was a panelist on the Channel 4 quiz show Does Doug Know?

He released his first comedy DVD An Hour and Some of Tony Law in 2008.

He and his wife Storm Davison lived in the United Kingdom with their children.

In 2011, he appeared on Russell Howard's Good News.

Tony Law Is A Member Of