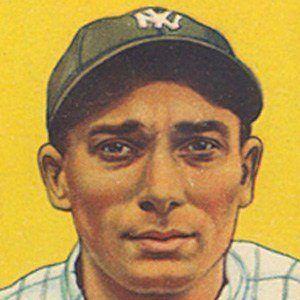 He was expelled from school at age 15 and worked with his father as a boilermaker.

His parents Augustine and Julia Lazzeri immigrated from Italy to live in San Francisco.

He was part of the fearsome Yankees lineup dubbed "Murderers' Row," which was anchored by the iconic slugger Babe Ruth.

Tony Lazzeri Is A Member Of