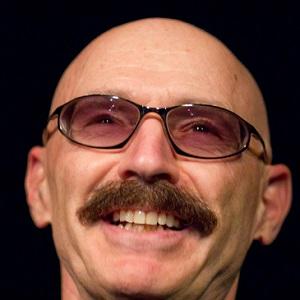 Bassist best known for his work with the progressive rock band King Crimson. He is also a prolific session musician who has worked with some of the biggest names in music.

He played in the Rochester Philharmonic Orchestra after first learning to play the double bass at age 10.

He began writing about and sharing his tour experiences online in 1996, one year before the term "blog" was even coined.

He grew up in the Massachusetts suburb Brookline and his brother Pete is a keyboardist.

He acted in the 1980 film One-Tick Pony, which was written by and starring Paul Simon.

Tony Levin Is A Member Of