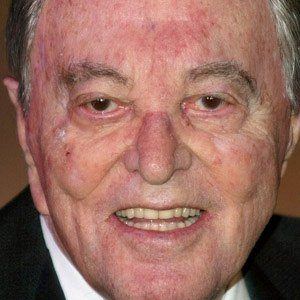 Actor and singer who released hit singles like "To Each His Own," "There's No Tomorrow," and "Here."

He formed his first band, The Red Peppers, while still in high school.

He starred in popular musicals of the 1940s and 1950s, including The Big Store.

He was married to , his second wife, for sixty years.

He had a bit part as a sailor in Fred Astaire and Ginger Rogers' musical Follow the Fleet.

Tony Martin Is A Member Of