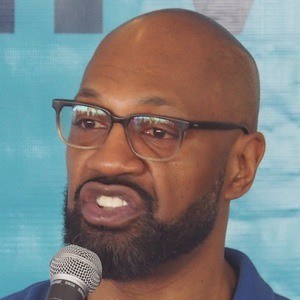 Professional basketball player who won an NBA title with the San Antonio Spurs in 2005. He also won the Spanish King's Cup and Catalan League championships with FC Barcelona in 1994.

He played high school basketball at Sussex Central, where his jersey number was eventually retired.

He was named to the All-ACC Second Team during his career at the University of Maryland.

Tony Massenburg Is A Member Of