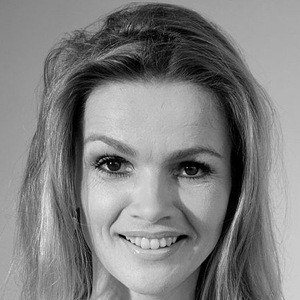 Actress and television presenter best recognized for hosting both Dutch and German version of the competition series Idols. She has also been a VJ for TMF Netherlands.

She made her entertainment debut in 1995 on the Soundmixshow. She would then begin appearing in beauty pageants like Miss Overijssel and Miss Netherlands.

She has two older brothers, Jaap and Jan-Pieter. She married American Keith Davis in 2002, though the two divorced the next year. Then, in 2005, she married actor Bastiaan Ragas. They have three daughters: Helena Antonia, Feline Hanneke Grietje, and Catharina Maria.

From 2005 to 2007, she co-hosted Germany Seeks a Superstar where Dieter Bohlen was a judge.

Tooske Ragas Is A Member Of