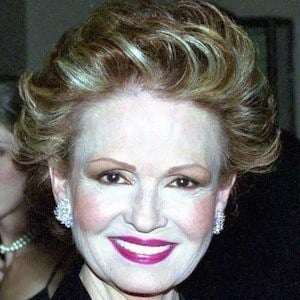 After taking acting classes in New York City, she opened a makeup studio in New Jersey. She later relocated to Las Vegas, Nevada, where she became famous for selling a cactus-derived facial cream to Hollywood celebrities.

She received the 1998 Women's Fragrance of the Year FiFi Award.

The daughter of an artist father and a United States Embassy translator mother, she spent her early years in Oslo, Norway. Her first marriage resulted in one child and ended in divorce; her second marriage, to Borgnine, began in 1973 and lasted until Borgnine's death in 2012.

Tova Traesnaes Is A Member Of