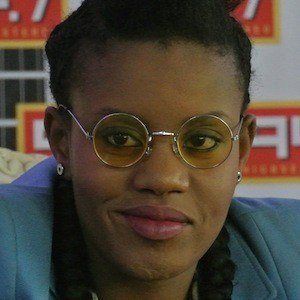 Singer who rapidly became known for her debut album Due Drop, she was nominated for Best International Act at the 2013 BET Awards. She also took the title of Best Pop Album and Newcomer of the Year at the 2013 South African Music Awards.

At the age of nine she began learning to play classical piano and compose music. By 2009 she had graduated from the University of KwaZulu-Natal with a degree in jazz piano.

The documentary film Takes a Lot to Make a Classic was released to reveal behind-the-scenes footage of the creation of her first album Due Drop.

She has performed alongside artists like reggae singer Baaba Maal.

Toya Delazy Is A Member Of