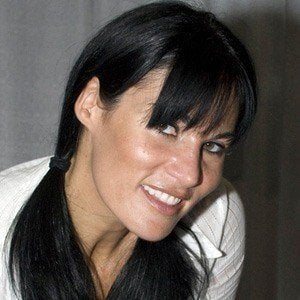 Known for her performances with the TNA, she became popular not only for her success in the ring, but also as a valet and a referee.

She was a model before she began wrestling training in the spring of 2000.

In 2003 she threatened to sue the NWA for sexual discrimination if she did not get a chance to fight for the NWA World Heavyweight Championship.

On January 7, 2010, she married fellow wrestler Frank Gerdelman, and they had their first child in 2013.

After a hiatus, she rejoined TNA in 2011, where she helped save Mickie James in her first match.

Traci Brooks Is A Member Of