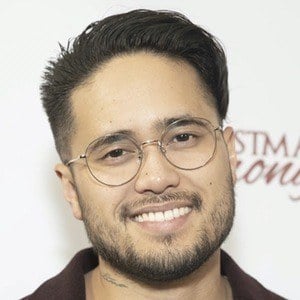 Singer and songwriter who rose to fame performing covers of popular songs on his self-titled YouTube channel. He has gained a following of more than 100,000 subscribers posting covers by artists like Taylor Swift, Ariana Grande, and Justin Bieber.

He first became known as the lead singer of New Heights before deciding to pursue his solo career.

One of his most popular YouTube videos, a cover of Taylor Swift's "Style" earned more than 2 million views in less than a year.

He is friends with Teen Wolf and Arrow star Colton Haynes and the pair has performed a number of covers and original songs together, including "Baby its Christmas" and "19 You + Me."

Travis Atreo Is A Member Of