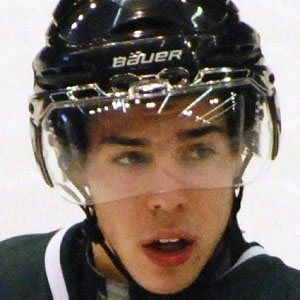 Canadian defenseman who was selected by the New York Islanders in the second round of the 2008 NHL Entry Draft and made his NHL debut with the team in 2010. He was named to the CHL Memorial Cup All-Star Team in 2010.

He grew up on Hamonic Farms in Manitoba. He played major junior hockey with the Moose Jaw Warriors in the Western Hockey League in 2007.

The death of his father and the inspiration he drew from it was the subject of an ESPN E:60 segment titled "In the Name of the Father."

His father Gerald passed away from a heart attack when he was five years old. His mother's name is Lisa.

He has played with right winger Josh Bailey in New York.

Travis Hamonic Is A Member Of